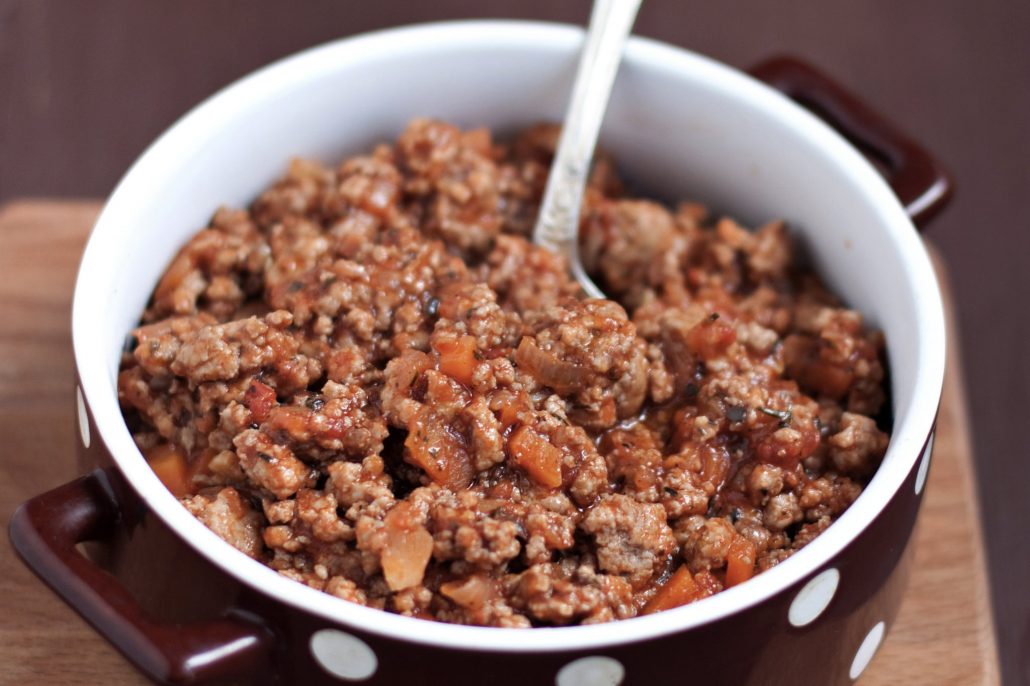 A slow-cooked Bolognese sauce is one of my absolute favourite meals. You don’t have to slow cook this, but for best results try to give the sauce at least 45 minutes. I add liver to the sauce, which once cooked, simply lends richness to it and you can’t really taste the liver. If you want to try adding the liver but are worried about the taste, start with just a small amount and build up gradually. If you have a food processor then add the livers, the bacon and the mince to the processor and pulse a few times to combine the meats. If not then finely chop the livers and the bacon by hand and mix in with the mince in the pan. To further increase the nutrients use homemade beef stock (bone broth), but if that is unavailable you can just use water.

*If you have a slow cooker you could transfer the mixture to a slow cooker now and leave on low for up to 8 hours, which will create wonderfully tender meat. You will not need as much stock if you are using the slow cooker as the liquid doesn’t boil away, so only add enough stock to loosen the mixture. 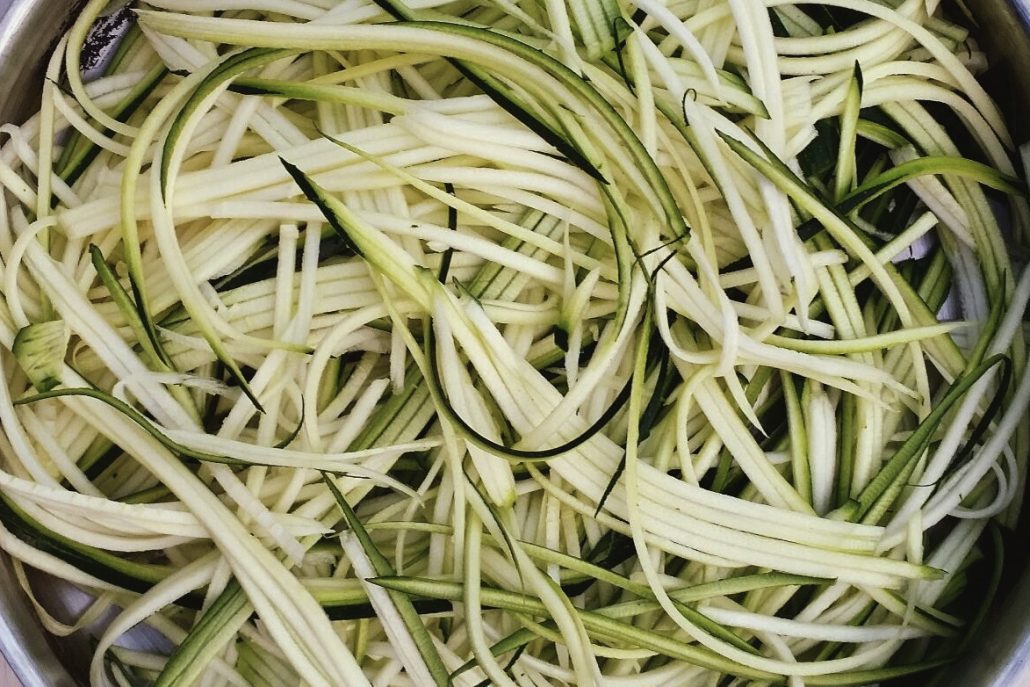 To have courgette spaghetti on it’s own: In a tablespoon of olive oil fry a crushed clove of garlic and a little chopped red chilli, then remove from the pan. Cook the courgettes as above then stir the garlic and chilli through the courgettes with some chopped fresh parsley and salt and pepper.